...Obviously he’d discovered that she’d helped Brooke escape him.
She didn’t ask why he hadn’t driven up her hollow instead of shifting and running through her woods. She didn’t really care.

He narrowed his eyes. “Lower that stick before I take it from you. I’m not leaving until I get some answers.”

At that moment, two other naked people stepped up behind him. One was a man, body as hard and defined as the alpha’s, and the other was a female who looked meaner than both of them.

The wolf alpha took a step closer. “Good thing they obey you. I didn’t want to have to kill them.”

She motioned at him with the wand. “Come in. I’ll give you ten minutes. Your two goons will wait outside.”

The male goon took a half-step forward, growling, but the alpha stopped him in his tracks with a quick command.

Abby smiled. “Good thing they obey you. I didn’t want to have to kill them.” 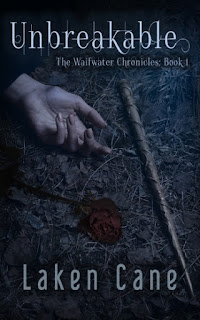