“I’m going to kill Damascus,” Rune said, almost unable to look at him. She was terrified she’d see a stranger looking back at her. “But I’m no one’s princess. I’m just here to take out the evil and grab some meds.”

“You know?” he asked.
She swallowed hard and nodded, then realized he couldn’t see her. “Yeah. I know.”
“I had hoped…” But he didn’t finish his sentence.
There was no need.
She said nothing.
“You saved my life,” he said, instead.
She expected him to damn her for that. Had their situations been reversed, she would have damned him. She would have hated him. 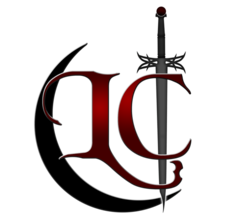 Posted by Laken Cane at 1:05 PM No comments:

WORMWOOD ECHOES is now available in print, along with the rest of the Rune Alexander books.
You can find WE here. It is, of course, also available for your Kindle. The book links are in the right sidebar, listed in order.